Merry Christmas! Thanks for reading! 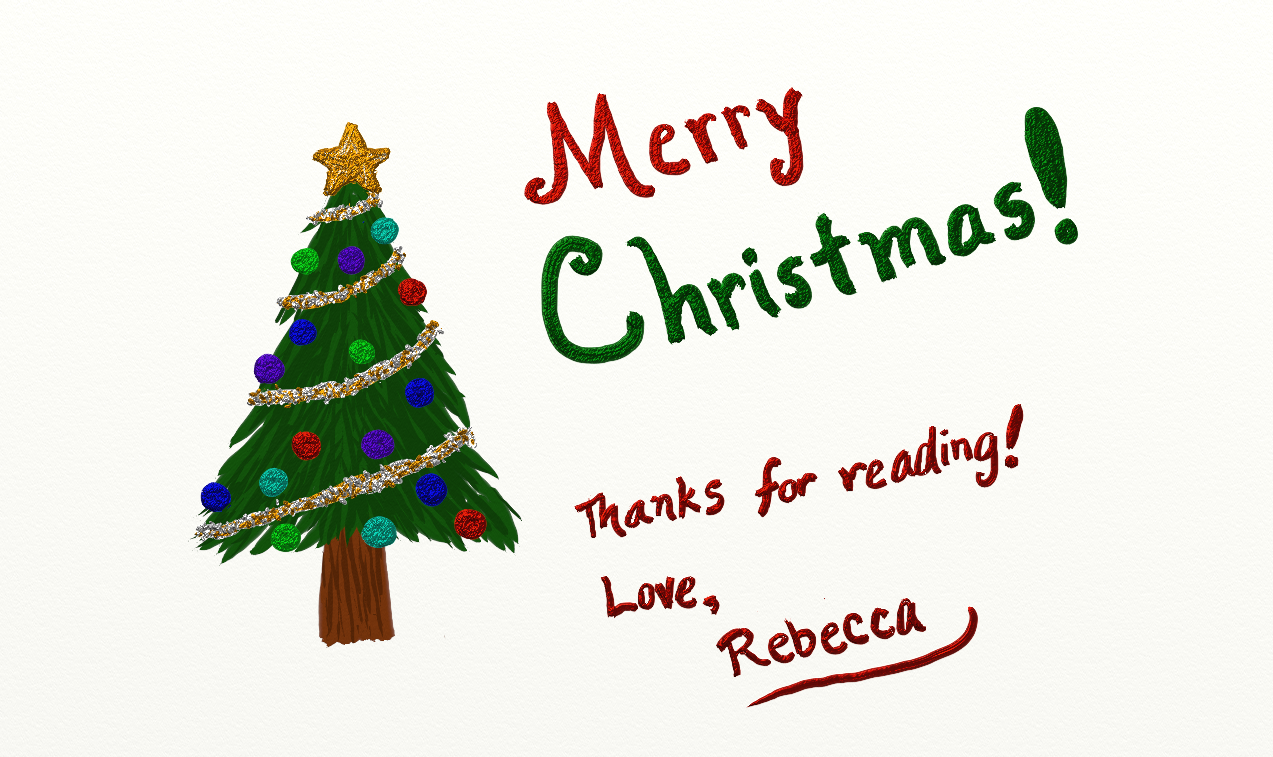 Merry Christmas to all my readers! Thank you so much for checking out my blog! Best of wishes for the new year!

Posted by Rebecca Mast at 11:09 PM No comments: 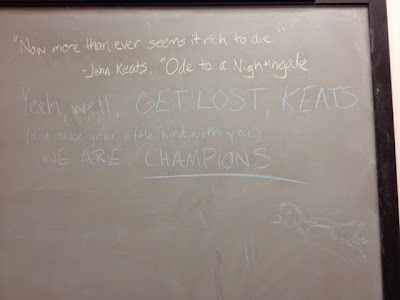 Look! I found a chalkboard!

Well, I actually didn't find it. This was in the classroom where I found one of my friends right after I finished my take-home final a few Tuesdays ago.

How often do you see chalkboards anymore? This was even a pretty modern building. The majority of the classrooms has whiteboards, but there are a few study rooms that have chalkboards like these.

My friend was doing practice math problems for one of her business classes. She was being a very responsible student and practicing for her final exam the next day.

I'd been running on caffeine and the fear of failure. There's a certain euphoria that comes with final exams being lifted off your shoulders at last. Sometimes it manifests in the form of giddy and slightly nonsensical messages doodled on a rare chalkboard in a business building on a college campus.

I have to say again: I have nothing against John Keats. Nothing at all. The guy was great and wrote great poetry.
Posted by Rebecca Mast at 6:21 PM No comments:

Finals are done! They've been done for over a week now.

I really didn't get up to a whole lot of shenanigans this semester. At least, not any as creative as my usual final exam shenanigans. They were mostly boring. Like Facebook, YouTube, whatever.

I also actually didn't have a lot of time to get up to shenanigans. I had only one final exam, which was on Tuesday of finals week, and then I had a take-home final essay-ish-thing that was due the same day. I also had a creative writing assignment due, but... it was due "sometime during finals week." I love creative writing teachers.

So I didn't have a lot of time for creative shenanigans, but I did do a few silly things. And I will post them now! And over the next few days, as I think of them.

Here's a sketchy cartoon thingy of me quoting Keats out of context: 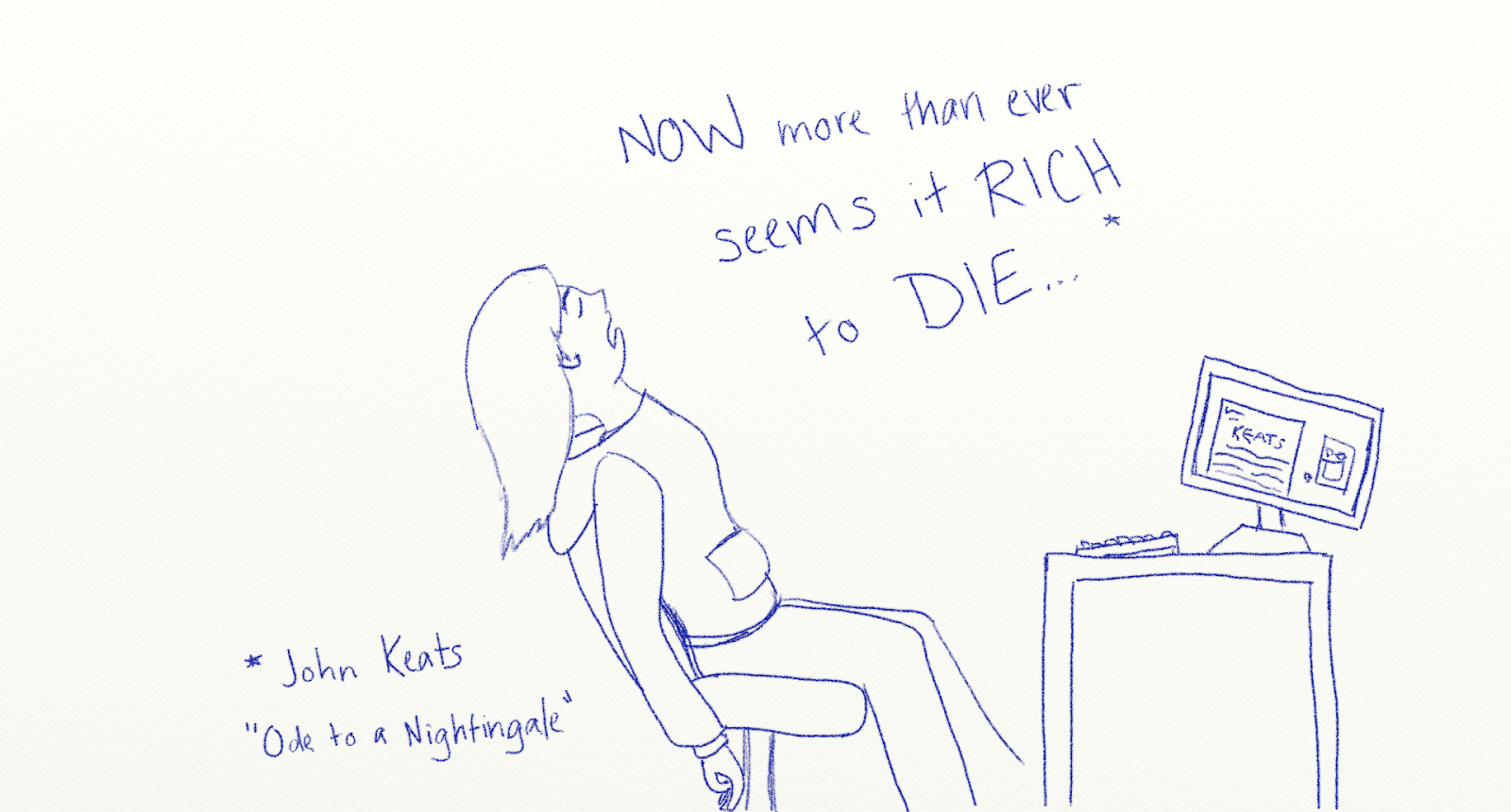 That's how I felt while studying and writing. I actually said this out loud at least once. I've really got nothing against John Keats. In fact, I enjoyed studying a great deal of his poetry this semester. I just didn't really appreciate writing papers and essays and stuff like that. I never do. I would probably like it all a bit more if I could learn to write papers before the last minute, but... yeah.

I haven't drawn much on my tablet in a while. I'm trying to get back in the swing of it. I'll be practicing on it, not necessarily doing finished cartoons. I might post a few of the sketches up here for the fun of it.
Posted by Rebecca Mast at 12:08 AM No comments: