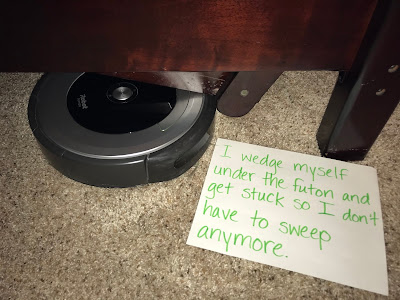 Also, we snack a lot on the futon, and I need Alfred to keep going over there to pick up the crumbs.
Posted by Rebecca Mast at 9:28 PM 3 comments:

This is Valentino the Assassino. He has a lot of love to share with you. 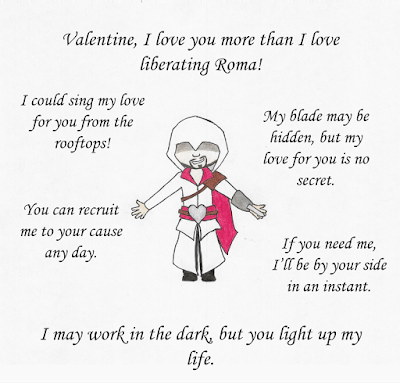 In the video game Assassin's Creed: Brotherhood, you play as Ezio Auditore da Firenze, a member of the Assassin Brotherhood living in Italy during the Renaissance. Throughout the game, Ezio rescues civilians who find themselves in a tight spot with the law and recruits them to the Assassin cause, training them until they reach the rank of Assassino (Italian for "assassin," in case you couldn't guess) and become fully fledged members of the Brotherhood.

It's a game mechanic that's a lot more detailed than I expected it to be. Each recruit you find on the street has a unique name and appearance, and you'll sometimes see them hanging out in the Assassin hideout. Valentino is one of the Assassin recruits from my game. I don't often see him in the hideout; I can only assume that's because he's out wooing his various romantic conquests.

This is the real Valentino: 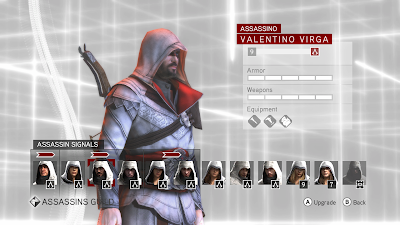 Happy Valentine's Day, dear reader. Valentino and I give you all our love because you make us happy and you deserve it.

(Unless you're a Templar, in which case I still love you, but you'd better run, because Valentino is probably on his way to pay you a visit.)
Posted by Rebecca Mast at 10:43 PM No comments: