So I've been taking karate classes twice a week for the past three-ish weeks. I'm having a really good time with it. It's a lot of fun, and I feel like I'm really starting to discipline my mind and body.

I'm getting better at the push-ups and sit-ups that Sensei makes us do. Except every time I get used to the exercise, she adds on more repetitions or mixes it up and makes it more "interesting."

I'm just having flashbacks of being too wimpy to earn my Wii Fit trainer's approval.

One of my friends recently invited me to sign up on a website called Flight Rising, in which you create a clan of dragons. You can dress them up, change their appearances with different "genes," read the lore about their world, trade them with other players, breed them, and even send them away to their dragon gods if you feel so inclined.

If it sounds weird, that's because it is. But it's also strangely addicting.

Each dragon has its own bio page, and there's a place where you can write information about them. I like to write backstories and biographies for my dragons. I've included pictures of a handful of my dragons on this post. If you click on them, you can see their bio pages and stories for yourself and even look at all my other silly dragons if you'd like.

If you'd like to go to the main page, the address is www.flightrising.com. Posted by Rebecca Mast at 9:51 PM No comments:

Today I had some extra time, so I doodled out a very little cartoon to make up for how I couldn't draw last night.

You get it with a Joan Rivers quote and the answers to a Sudoku puzzle you'll never do thrown in for free. Kim was getting on my nerves last night. But then something different actually started happening! And it got more interesting. So that was nice.

Posted by Rebecca Mast at 2:33 PM No comments:

I don't have a Tumblr account. I already spend way too much time poking around and creepin' on other people's Tumblrs. It's the best place to find fanart these days. If I had my own Tumblr, I would never graduate. Even now, in the spring semester of my senior year, only six credits away from finishing my degree, I would never graduate.

But I was creepin' around my usual pages tonight. And it was a very sad, slow, disappointing night. There was hardly any new fanart. No cartoons. No updated webcomics.

And I said to myself, "AAAAAAGH. YOU HAVE DISAPPOINTED ME. ALL OF YOU.

"THAT DOES IT. I'M GOING TO DRAW MY OWN COMIC-CARTOON-THINGY. I DON'T KNOW WHAT IT'S GOING TO BE ABOUT. IT PROBABLY WON'T LOOK THAT GOOD. BUT IT'LL BE FUNNY AND ENTERTAINING AND IT'LL BE ON THE INTERNET FOR BORED PEOPLE TO ENJOY.

"HERE I GO. I AM GOING TO GET OUT PAPER AND DRAW SOMETHING. RIGHT NOW. LET'S DO IT."

And then I remembered that I'm behind on my reading for class tomorrow. And I really should be doing that instead.

So now I am sad. And I am going to go read Kim by Rudyard Kipling.

It's for my class about espionage. But in between the little bits about espionage are long, sensory detail-filled descriptions of the people, customs, landscapes, and life in general of India. And I'm really having a hard time getting through it.

Especially since Kim is just so perfect. For crying out loud, he's a kid. In class we estimated he's between 10 and 13 years old. But he just runs around on the streets and he's that stereotypical street urchin who's got all the street smarts and he acts really annoying but everyone just looooves him anyway and he's made, like, only one mistake so far and yeah, I guess living on the streets would give you a fair bit of knowledge of the world around you but COME. ON. HE CAN'T KNOW EVERYTHING ABOUT EVERY CASTE AND EVERY PERSON AND I JUST WANT HIM TO FIND THE HOLY RIVER OR YOU KNOW WHATEVER DO SOMETHING BESIDES TRAVEL AND MEET PEOPLE AND TALK TO PEOPLE AND LOOK AT PEOPLE AND GET MONEY FROM PEOPLE AND AAAAAAAGGHHGHHHHGAAHAGHHGGH

I WANT TO DRAW CARTOONS
Posted by Rebecca Mast at 9:53 PM No comments:

Tools of the Trade: TUL Pens 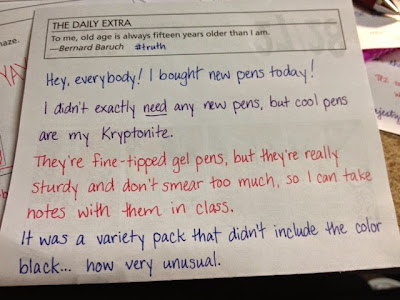 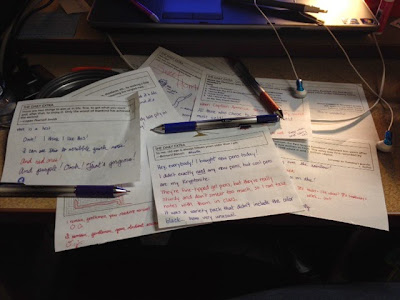 The pictures basically say it all. I bought new pens! The brand is called TUL. I'm quite pleased with them so far. They have a "needle point" and are fine-tipped. Gel pens, sorta. I can scribble really quickly with them. I kinda just wish I had a black one.

Posted by Rebecca Mast at 11:30 PM No comments:

Email ThisBlogThis!Share to TwitterShare to FacebookShare to Pinterest
Labels: hooray, pen, pens, tools of the trade

I Colored a Plate

Today I drew on a Styrofoam plate with Sharpies.

Here's how the plate looked originally: 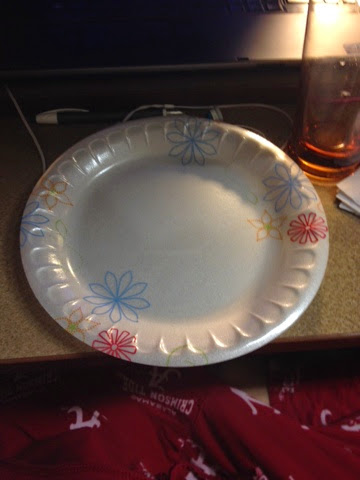 Here's how the plate looked after I was done with it: 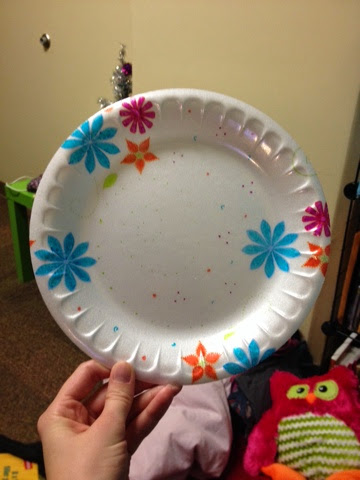 It was kind of a slow day.

Posted by Rebecca Mast at 12:05 AM No comments: 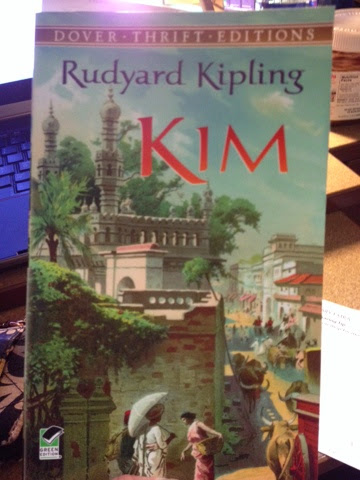 So this is what I'm reading tonight. You might recognize Rudyard Kipling as the author of The Jungle Book. Or you might not. I wouldn't judge you.

So far, The Jungle Book is more interesting.

I'm actually reading Kim for my espionage seminar. Yeah, that's right. I'm taking a class about spies.
Posted by Rebecca Mast at 12:38 AM No comments: 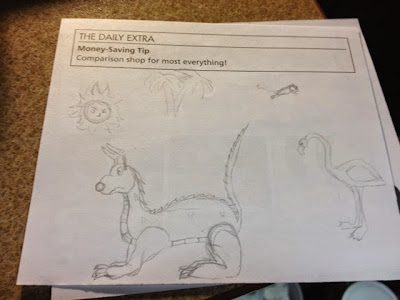 I did a doodle. The most interesting part is probably the dog lizard thing. Feel free to give it an interesting name.
Posted by Rebecca Mast at 12:35 AM No comments: 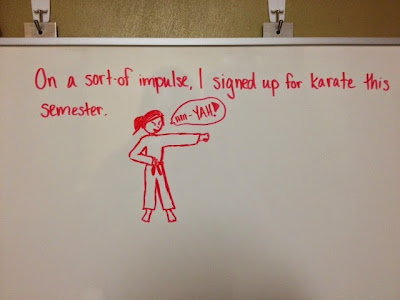 I've never had any kind of martial arts training. I've never been in a fight in my life. Suffice it to say that this is out of my comfort zone. But it's pretty cool so far! I learned how to punch and block!

My arms are pretty sore, though.
Posted by Rebecca Mast at 12:34 AM No comments:

I have a number of New Year's Resolutions this year. One of them is to post on my blog every day.

Every day. Post something. A minimum of three words (and those words don't have to be logical or related).

So some days you might get something like "Butter Fish Whistle" as a blog post. I invite you to try and guess what's going on in my head on those days.

I will try to do longer blog posts when I can. I'll especially try to put up cartoons or something now and then. I'm taking a Shakespeare class, so there might be some more Shakespeare memes!

Just... I want to do better than I did last semester. Good grief. I apologize to anyone who follows this blog faithfully. I'll do better this year!