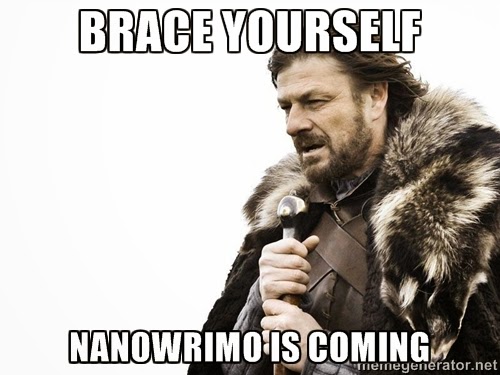 October is almost over.

Snuck up on me again, didn't ya, NaNoWriMo?

The goal of NaNoWriMo is to write 50,000 words between November 1 and November 30. Afterward (ideally), you have the rough draft of a novel to work with.

I've technically participated for the past three years, although I think only the last two count. I've never won. Could this be my year? Could 2014 be the year I make it to 50,000 words?

Eh. I don't have high hopes. November is the busiest month of my fall semester. There's all kinds of papers and stuff going on this month. But I'm going to try very hard to beat last year's score.

Last year, I started a semi-Victorian, semi-steampunk, semi-romantic, very adventure-y novel that I called "The Night Rider." I got up to 12,360 words.

I'm going to work on a different novel this year. Night Rider is still very near and dear to my heart, and I hope to finish it sometime, but it's no longer the most prominent idea buzzing around in my mind. Also, the NaNoWriMo rules say that you have to write all new words, so I figure I'll just start over with a new idea.

That said, I'm having a hard time picking between two story ideas. They're both fantasy stories, although one has a bit more supernatural stuff and the other is actually a bit more scientific. One idea is fairly recent in my head- I think the grandfather of the idea popped into my head over the summer and gradually developed into the awesome thing it is right now.

The other idea is one I've been working on since roughly last Spring Break (although it has nothing to do with Spring Break, I swear). I'd like to say this one's a bit more developed than the other one is, but I'm actually not sure about that anymore.

A major factor in the decision will probably be the fact that I actually have names for most of the characters in the newer idea. I have the hardest idea coming up with names. But I've been writing up chunks of the story for creative writing assignments, just to sort of test drive the characters, and I managed to come up with some names for them. They felt weird at first, but after a three-hour writing session on Monday night, I can officially say they've grown on me.

So that's my dilemma. That's the update. I'll make a decision about it by Nov. 1.

A New Page on the Blog!

Quick! Look at my blog! Do you see something different? Something that wasn't here the last time you looked at this page?

There's now a tab next to the "Home" and "Digital Portfolio" tabs that's labeled "Intern Blog."

If you click on that tab, you will be taken to the Intern Blog page of the Alabama Heritage website.

Alabama Heritage is the magazine I'm working with as an editorial intern this semester. The magazine office is in Northport, Alabama, just across the Black Warrior River from where I live and attend classes at the University of Alabama. Alabama Heritage is a quarterly magazine that focuses on Alabama history. I do a great deal of fact checking and copy editing for the magazine, but I'm also responsible for writing a blog post every two weeks. My work is featured on the Intern Blog alongside that of current and past AH interns. Take a look!

And here's the link again, just because:

http://www.alabamaheritage.com/intern-blog
Posted by Rebecca Mast at 11:37 PM No comments:

I diddled a doodle. And then I practiced drawing hands. And there's a Czech proverb for no extra charge.

I'm trying to get in the habit of writing or drawing for 15 minutes a day. Ideally, I'd do both for longer periods of time, but I get awfully busy during the week, so this is a good start. 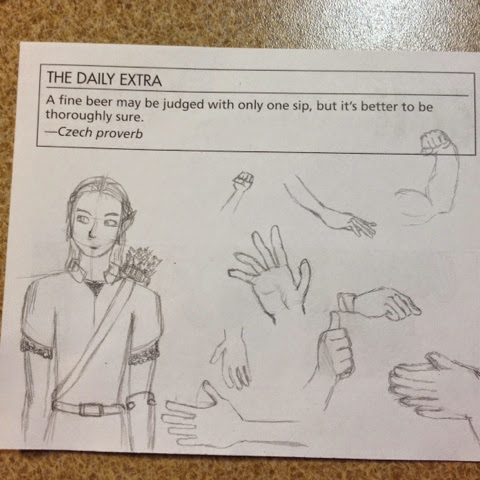 My sister has taken a sudden interest in ostriches.

So I did this for her. 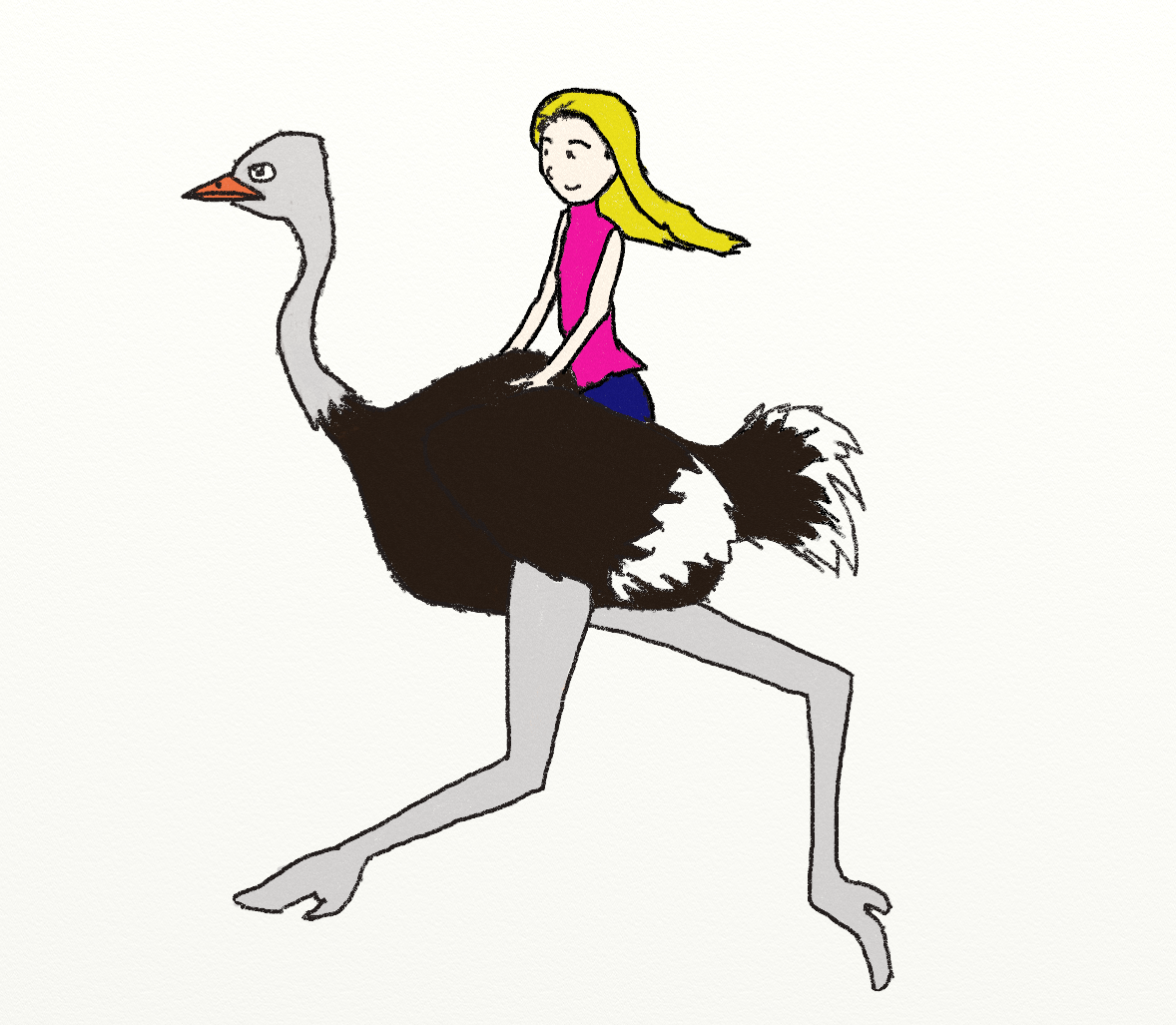