The Chronicles of Ticket Pony

Once upon a time, a small child visited a space museum and lost a toy pony in its depths. An employee turned the toy in to the Lost and Found at the ticket desk.

For days, the pony hoped that her owner would come back to rescue her, but the child never returned. She waited under the ticket desk with the other lost, unclaimed items and watched the hustle and bustle of the cashiers selling tickets and memberships to excited museum patrons.

One day, the ticket desk staff took pity on the pony. They adopted her as their own and taught her how to ring up ticket transactions, void coupons, staple receipts to maps, and organize the office supplies. The pony was a bit small to take on such big tasks, but she tried her hardest because she enjoyed having work to do and being able to help people. The ticket desk staff took photos of her and shared them with each other to remind themselves what hard work looks like and to brighten each other's spirits.

We on the Guest Services team have seen a lot of Lost and Found items come and go. One time there was a gigantic Spider-Man action figure that looked like Iron Man from a distance. Once there was a single sandal with a child's love note tucked inside it. Once there was a selfie stick that became a remarkably good lightsaber when it was extended.

And then there was the pony.

The pony is supposed to be the character Rarity from the My Little Pony: Friendship is Magic TV show, but we nicknamed her "Ticket Pony."

We had some very slow days at the museum in between the Fall Break and Thanksgiving crowds. To stop ourselves from going insane from boredom, we would sometimes arrange Ticket Pony on the desk to make her look like she was helping out or just commenting on life at the ticket desk. We would take photos of her and upload them to our Snapchat stories so that our friends who weren't working could see what Ticket Pony was up to each day. It didn't affect our ability to help museum guests, and it quickly became a running joke.

Since I'm leaving the museum to start a new job, I decided that I would hire Ticket Pony to be my honorary replacement. So I took her home one day, used an old doll hairbrush to clean up her mangled hair, and made her a lanyard so she could fit in with the rest of the team. 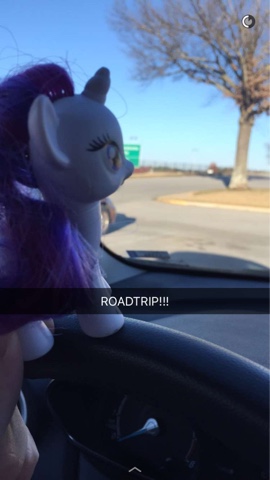 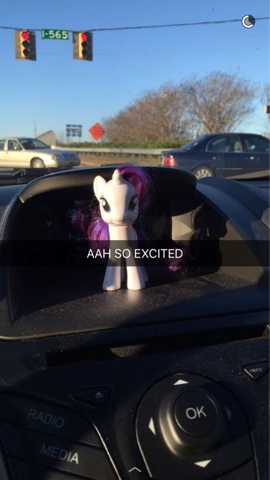 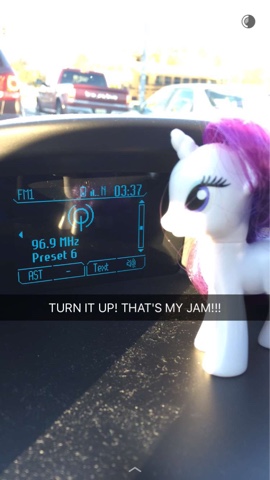 (Please don't use mobile devices while driving. It's very dangerous.) 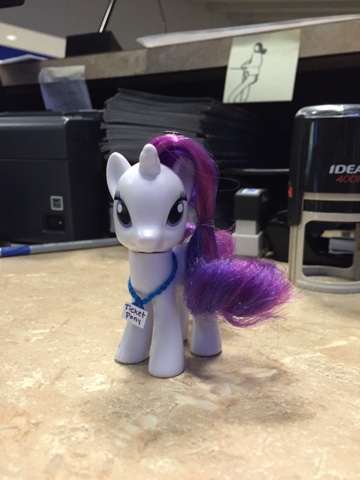 I'll be looking forward to seeing the continuing adventures of Ticket Pony when I move on to my next job.
Posted by Rebecca Mast at 11:14 PM