The Great Alabama Snowpocalypse of 2015

My adventure in the snow this year has a bit of a complicated story.

I think most of the state of Alabama was expecting at least a wintry mix, although the northern parts of the state were calling for the most snow. I'm a student at the University of Alabama, which is in Central Alabama, but I had to go home to Northern Alabama for a dentist appointment on the day of the Snowpocalypse.

Before I knew there was going to be snow, my plan was to take my morning class, drive two and a half hours home and attend my dentist appointment, eat some lunch, drive two and a half hours back to school and take my evening class. It didn't work out that way, and I'm kind of glad, because that would've been a lot of driving. (My mom called me a wimp for saying that, but I've also done the 14+ hour trip between Madison, Alabama and Richmond, Virginia in one day by myself, so I beg to differ).

The day before my dentist appointment, the entire state began to panic. The governor declared a state of emergency. After a few hours of mental begging and pleading, I got the magical email from the University saying that classes the next day would be cancelled. Freed from the obligation to attend my 8 A.M. class the next day, I hopped in the car and drove home, where I planned to spend the evening so that I wouldn't have to drive home through the snow the next day.

The general panic continued the next day. My 12 noon dentist appointment got bumped back to 9 A.M. The local schools had called a snow day. Everybody bunkered down with their eggs, milk, and bread. Ironically, the snow didn't actually start until roughly mid-afternoon.

But it was a decent snowfall! I think we got seven or eight inches. Meanwhile, back at school, my classmates were staring up at the sky, willing some kind of frozen precipitation to arrive. They eventually got a little snow, but it didn't stick around very long.

I watched the fat, fluffy flakes tumble from the sky from the comfort of my parents' kitchen. Once some accumulation had built up, I bundled up, ran to the garage, and grabbed my sled-- a souvenir of when we lived in places that receive snow regularly.

I was a bit out of practice and a bit out of shape, but the hill in my backyard was great for sledding once I smoothed and compacted the snow a bit! I had multiple sledding paths going by the end of the evening. I went all the way down to the creek bed at the bottom, and unfortunately, the water was not frozen. But I heaped snow on top of it to make it just solid enough to lengthen my sled path. It was seriously a lot of fun. I don't remember the last time I'd been sledding. 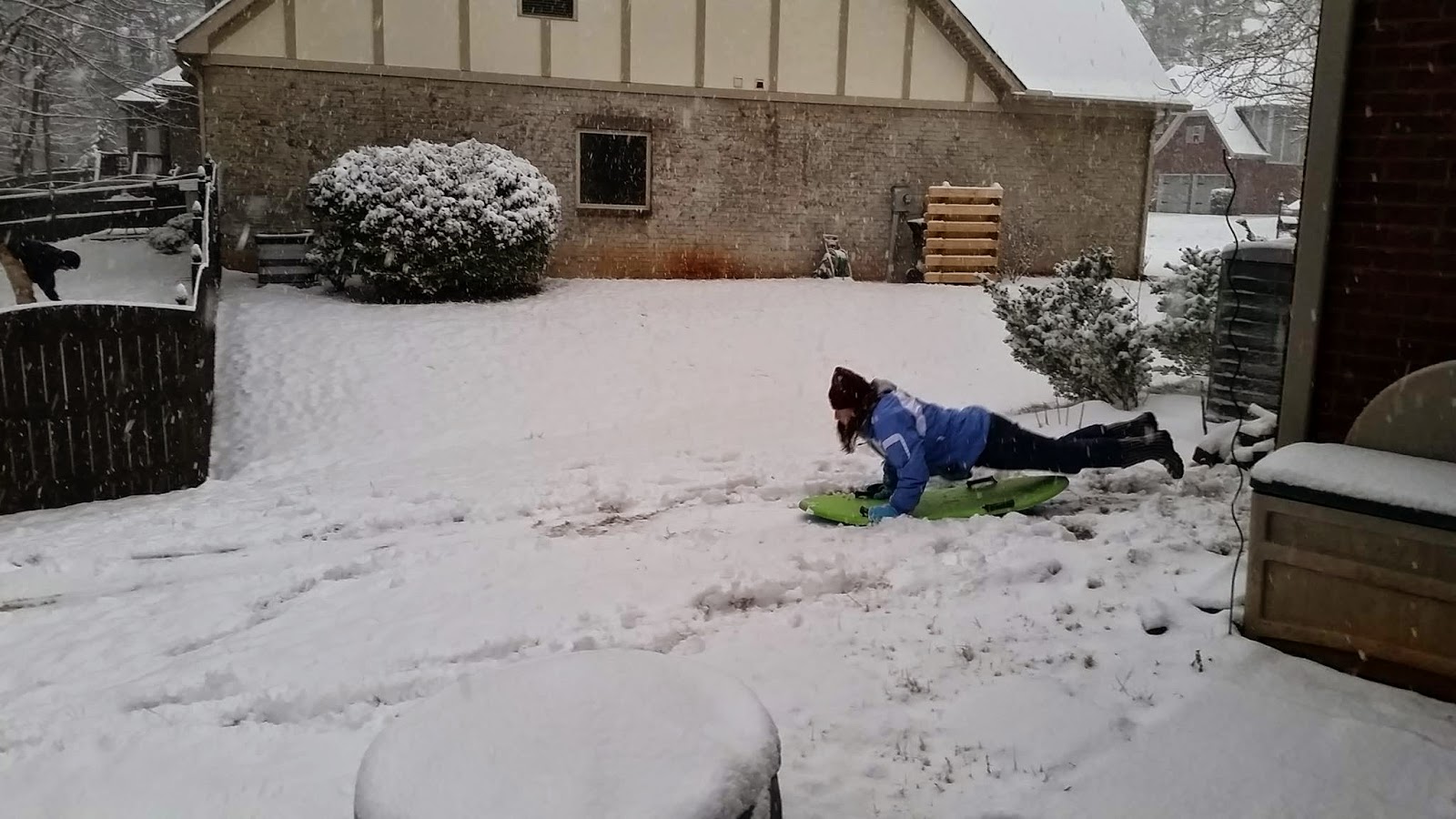 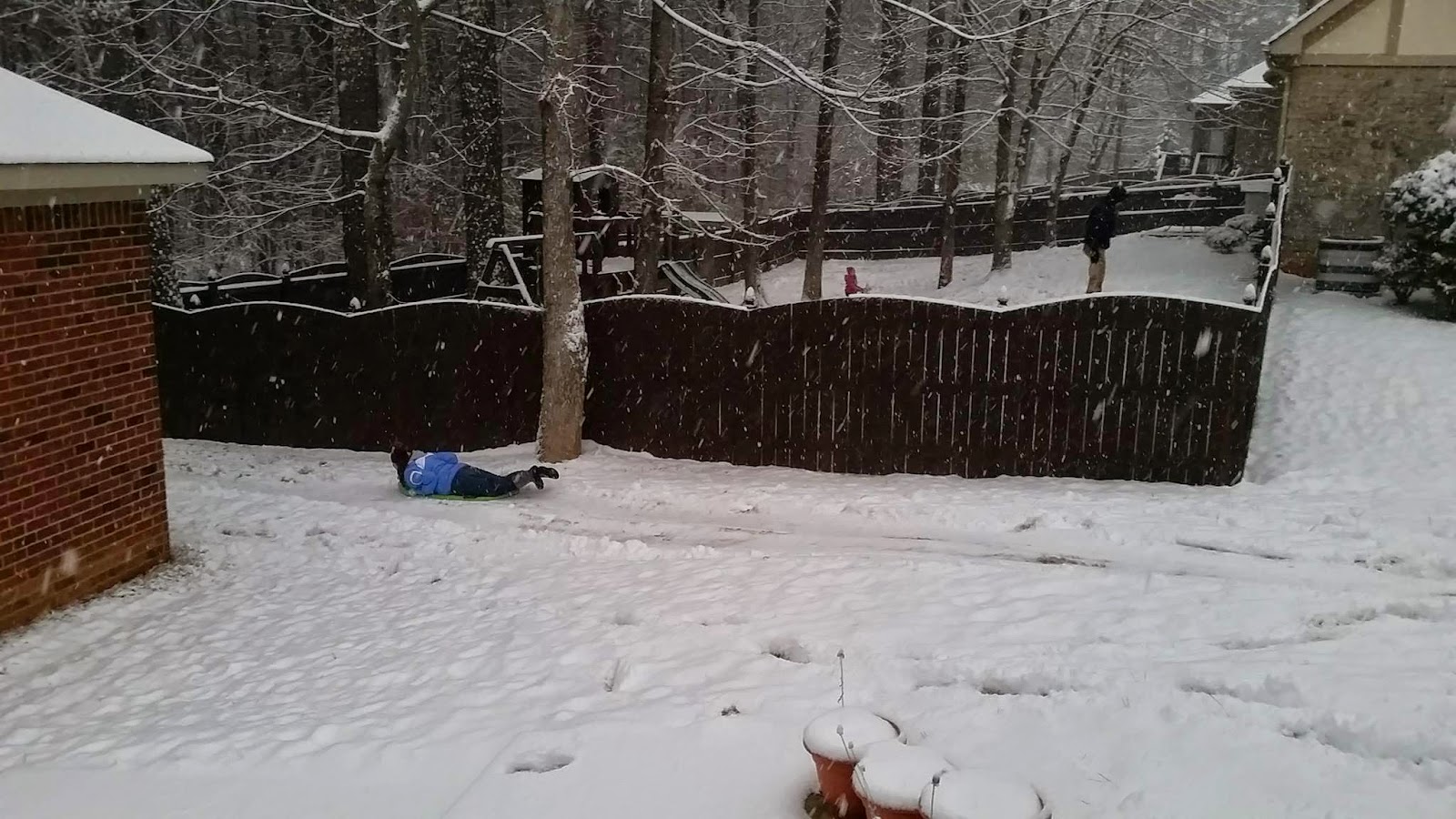