I've been wanting to bring back Shakespeare Memes since the start of semester, and by King Hamlet's ghost, tonight's the night!

We had a pre-reading lecture on Hamlet yesterday. That combined with my fuzzy memories of reading it last year brought a few memes into my mind.

In the lecture, we talked about tragedy and how the protagonist in a tragedy has a fatal flaw that leads to his eventual fall. It was suggested that Hamlet's tragic flaw is his indecision. 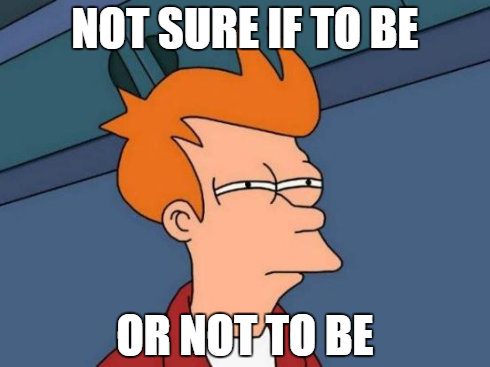 Hamlet wonders whether he should kill himself. 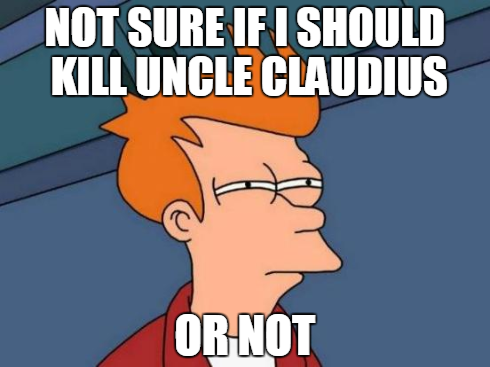 Hamlet wonders whether he should obey the wishes of his father's ghost and avenge the late King Hamlet's murder at the hands of his brother.

Hamlet in a nutshell: 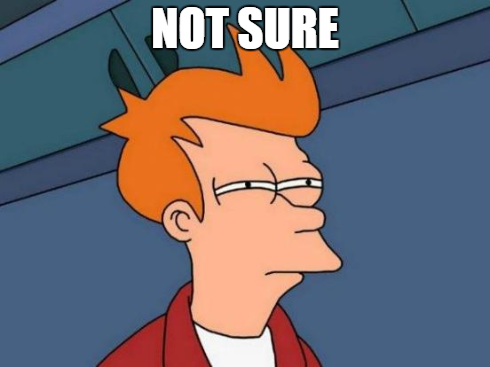 I'd really love to make this into a series and do a few memes for each play we read in class (which means I have some catching up to do). To view the original Shakespeare Memes post from my Shakespeare class in junior year, click here.

Email ThisBlogThis!Share to TwitterShare to FacebookShare to Pinterest
Labels: futurama fry, hamlet, not sure if, shakespeare, shakespeare memes, tragic flaw