I had some time on my hands since our classes were cancelled due to snow, and I just wasn't content with the dancing moose I drew for the last post, so I decided to whip up a little something extra for you. 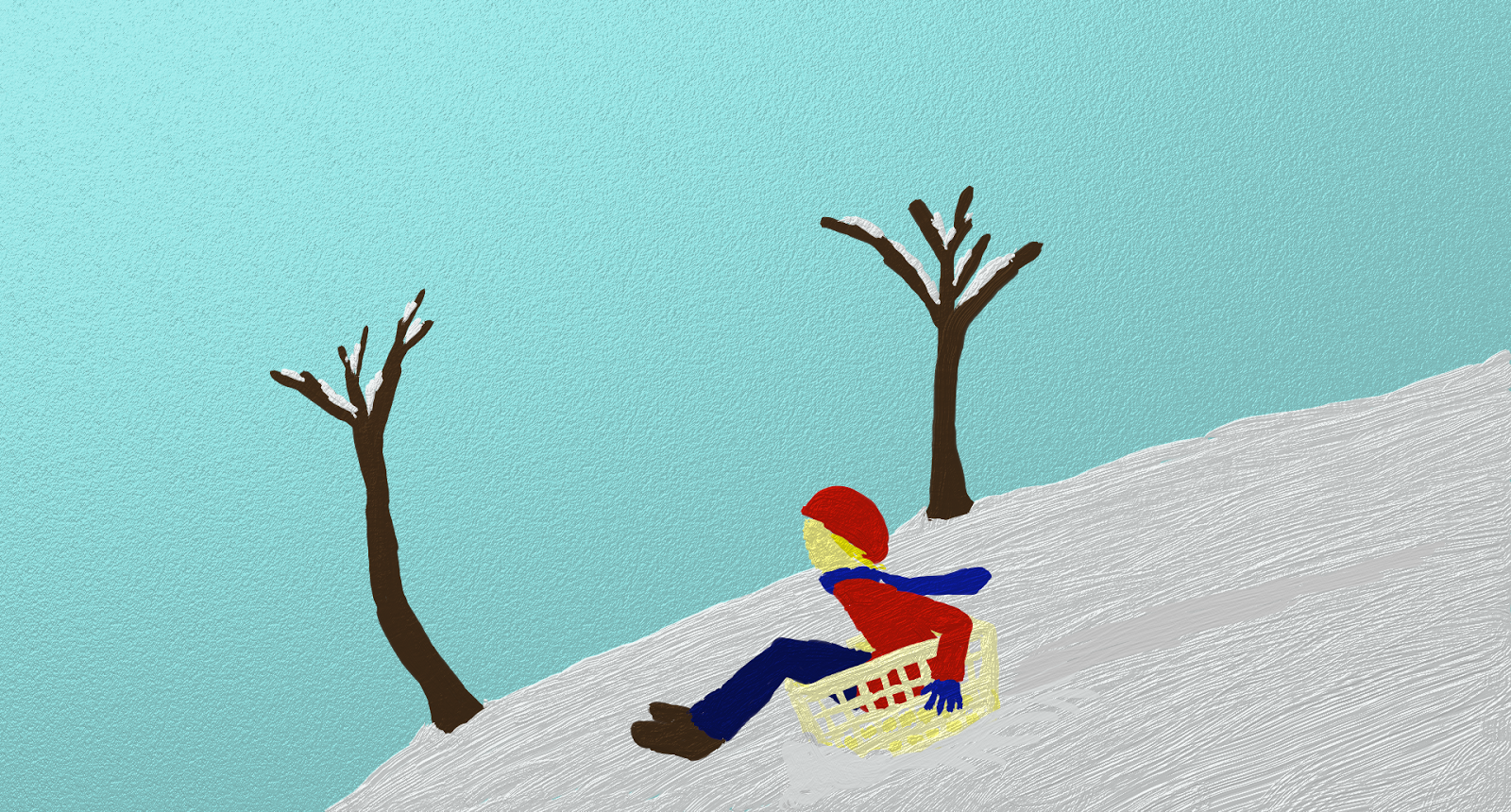 This is based on a scene I saw upon returning to my dorm after walking around my snowy campus for a few hours. A bunch of people were sledding down a hill- except this is the deep South, and hardly anyone actually has sleds, so they were using whatever they had that could slide on snow. I saw cardboard boxes, cookie sheets, plastic storage tubs, and even a laundry basket. The laundry basket seemed to be working quite well. I was surprised and impressed.


Here's the version without the sledder. I realized as I was painting it that I loved the simplicity of the background. 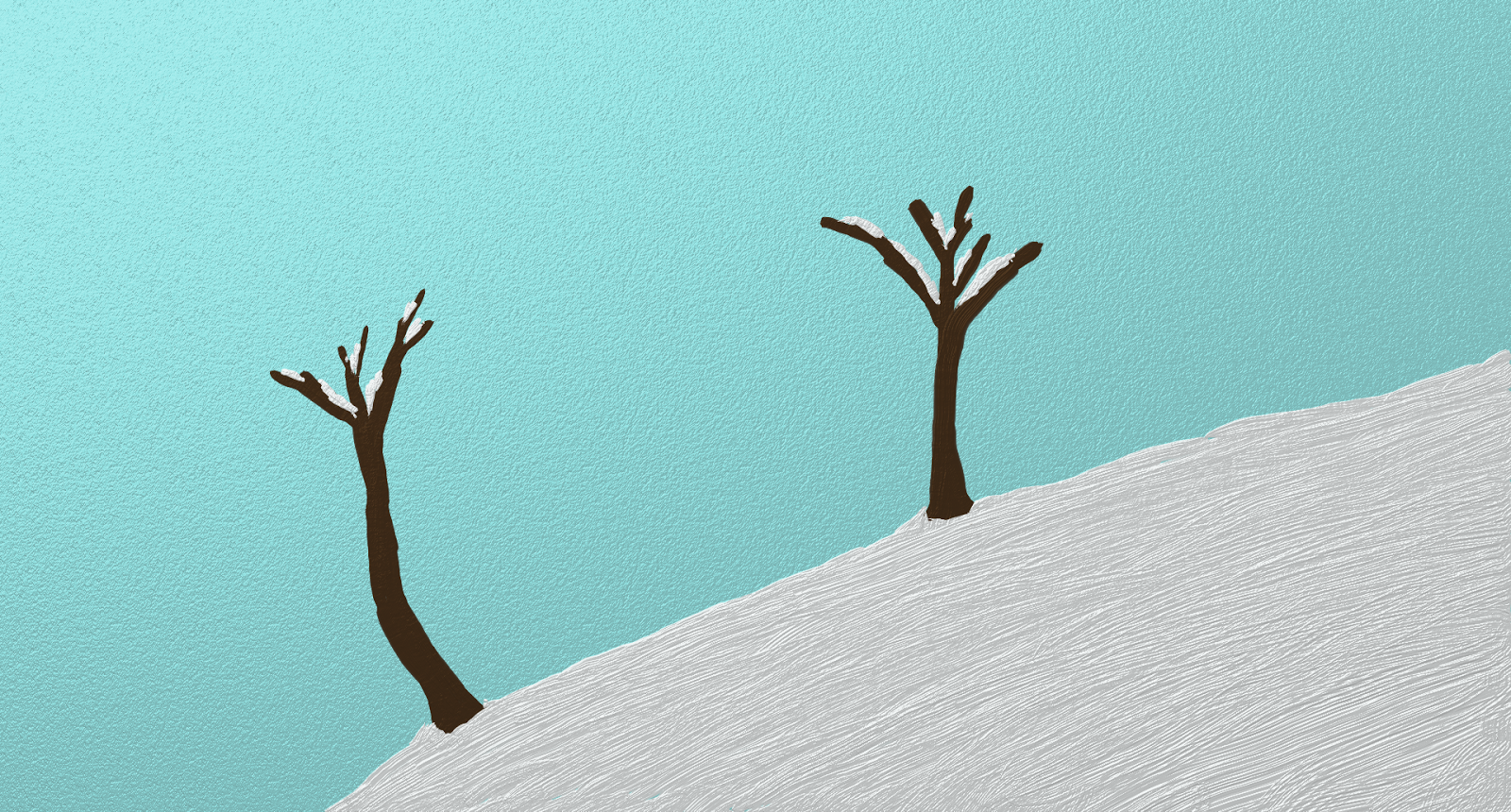