Last Friday after we finished our morning classes, a bunch of people from my group hopped on a bus and went to Dublin. We some some sights, saw some pubs, spent the night in a youth hostel, saw some more sights, and hopped on a bus to come back home to Galway.

Travel tip: Don't expect a hostel to be like a hotel. They might be able to give you towels and shampoo, but you'll probably have to pay for them. Other than that, hostels are pretty cool. It's fun to stay there with a group, and it's a lot less expensive than staying in a hotel.

We got to hear some traditional Irish folk music in one of the pubs we visited. The band they had was really great! A guy I met asked me to dance, so we pretended like we knew how to jig for a song, and then I joined everyone in the pub in singing along with the band: "O, ro! The rattlin' bog! The bog down in the valley-o!" Now, that was fun. Irish pubs know how to have a good time.

Take a look at some pictures! 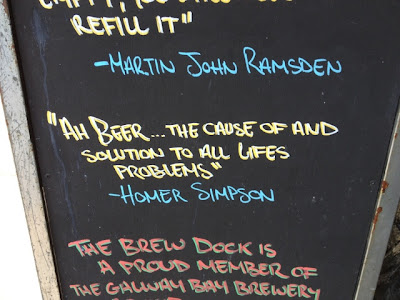 Words of wisdom from Homer Simpson, a man who would be right at home in a Dublin pub. 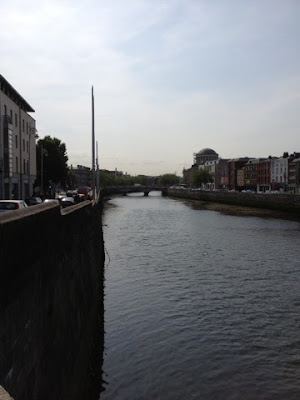 The River Liffey, which runs through Dublin. I found it was very similar to the way the Seine runs through Paris. 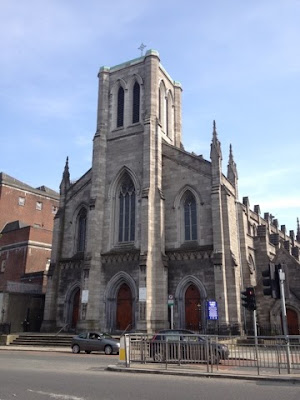 There were lots of cathedrals and old, fancy buildings to see. 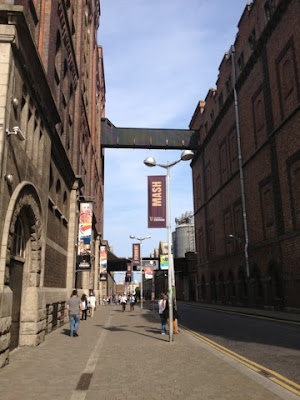 We went to the Guinness brewery... of course! This place is like the Chocolate World of beer. The name Guinness has about the same amount of importance here as Walt Disney does in the U.S. Which is to say, lots. 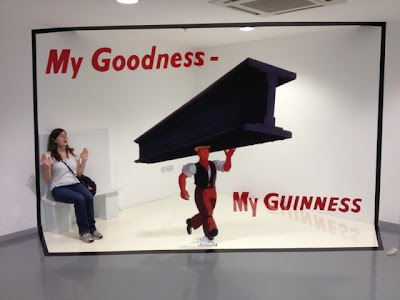 Here's me in an old Guinness ad! 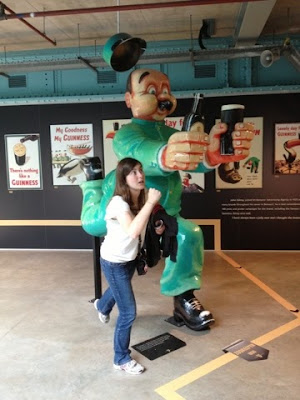 And here's me trying to be part of another old Guinness ad! In the original ad, this guy is running away from a lion. My goodness! My Guinness! 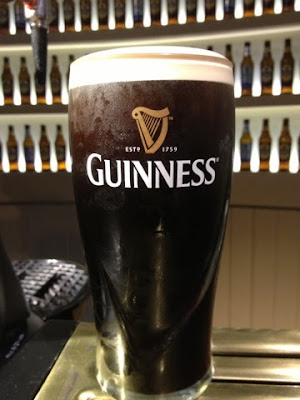 I learned how to pour the perfect pint of Guinness. That's my handiwork, right there. Ain't it beautiful? There's a detailed process involved with pouring a pint of Guinness. You can't just pour some beer in a glass, you know. 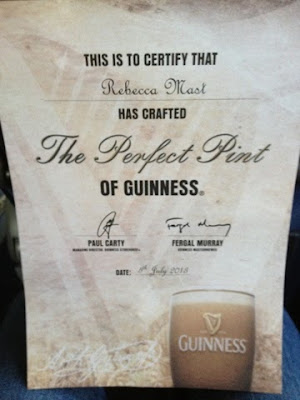 It doesn't get much more official than that. 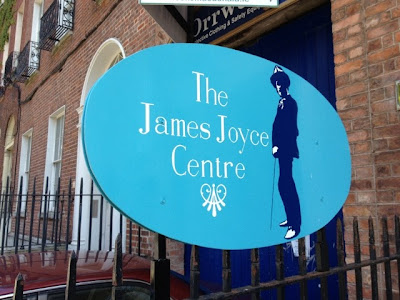 Since we're in Ireland to study James Joyce, of course we had to stop at the James Joyce Centre. It was pretty cool. They had some interesting stuff in there. 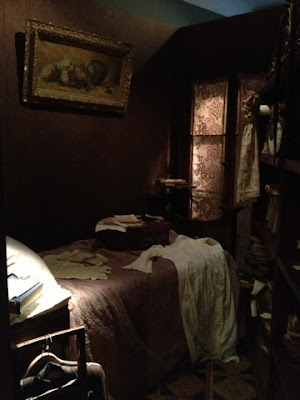 This is what one of Joyce's bedrooms would have looked like. My bedroom kind of looks like that... Great! That means I'm on the right track to become a famous writer! 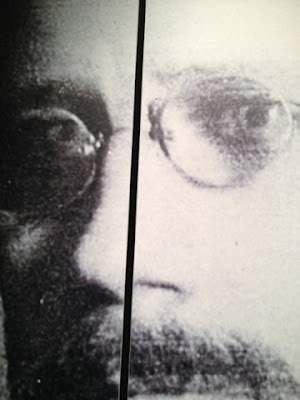 I'd really love to take this close-up of Joyce and set it as the lock screen on someone's phone, really freak 'em out... 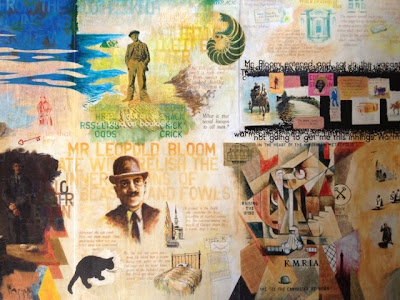 There's a huge mural of Ulysses out in the courtyard. This is just a small part of it. 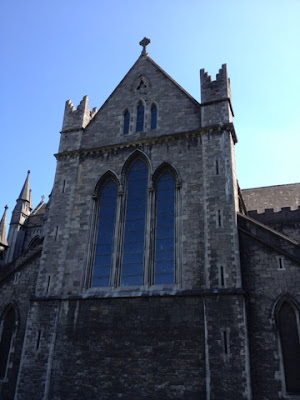 St. Patrick's cathedral. Pretty nice. I had a lovely nap in the park next door to it, right in the shade of the bell tower.

Hope you guys enjoyed the pictures! Sorry I'm a bit behind, but as you read in this blog post, I have a good reason for it. I've got two more blog posts queued up in my brain, so keep an eye out for those in the next week or so! Tomorrow I'll be leaving to go to Dingle for the weekend, so I won't be able to post anything until Monday at the earliest. Sorry... But know that I'll be taking lots of cool pictures to share!