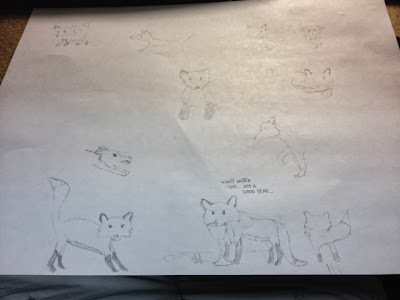 I used to doodle during class all the time in middle school, and cartoony foxes became one of my specialties. Last night, I tried to summon that ancient fox drawing power in order to work on some concept art for my big final graphic novel project. It took me a few tries to get to where I wanted to be. I started out just trying to draw foxes like I used to in seventh grade, but that particular talent seems to have gotten pretty rusty. I decided to try drawing a model. 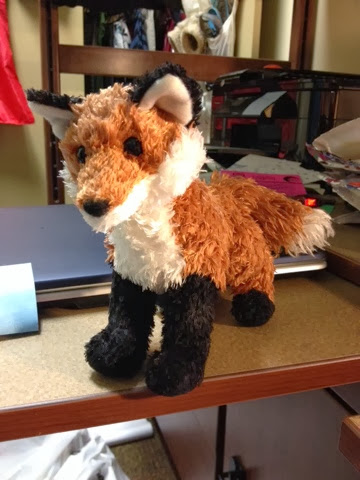 Using this adorable stuffed animal as a model helped me to get going in the right direction. After a while, I combined my realistic-as-possible drawings of the plushie with my fox style from way-back-when and eventually got the two foxes at the bottom-center of the page. That will probably be what the fox character looks like in the final project.

I wish I had a fox drawing from eighth grade to compare with the new design. If I happen to find one when I go home in a few weeks, I'll post a side-by-side comparison just for the funsies.
Posted by Rebecca Mast at 1:37 PM