Get Off Your High Horse 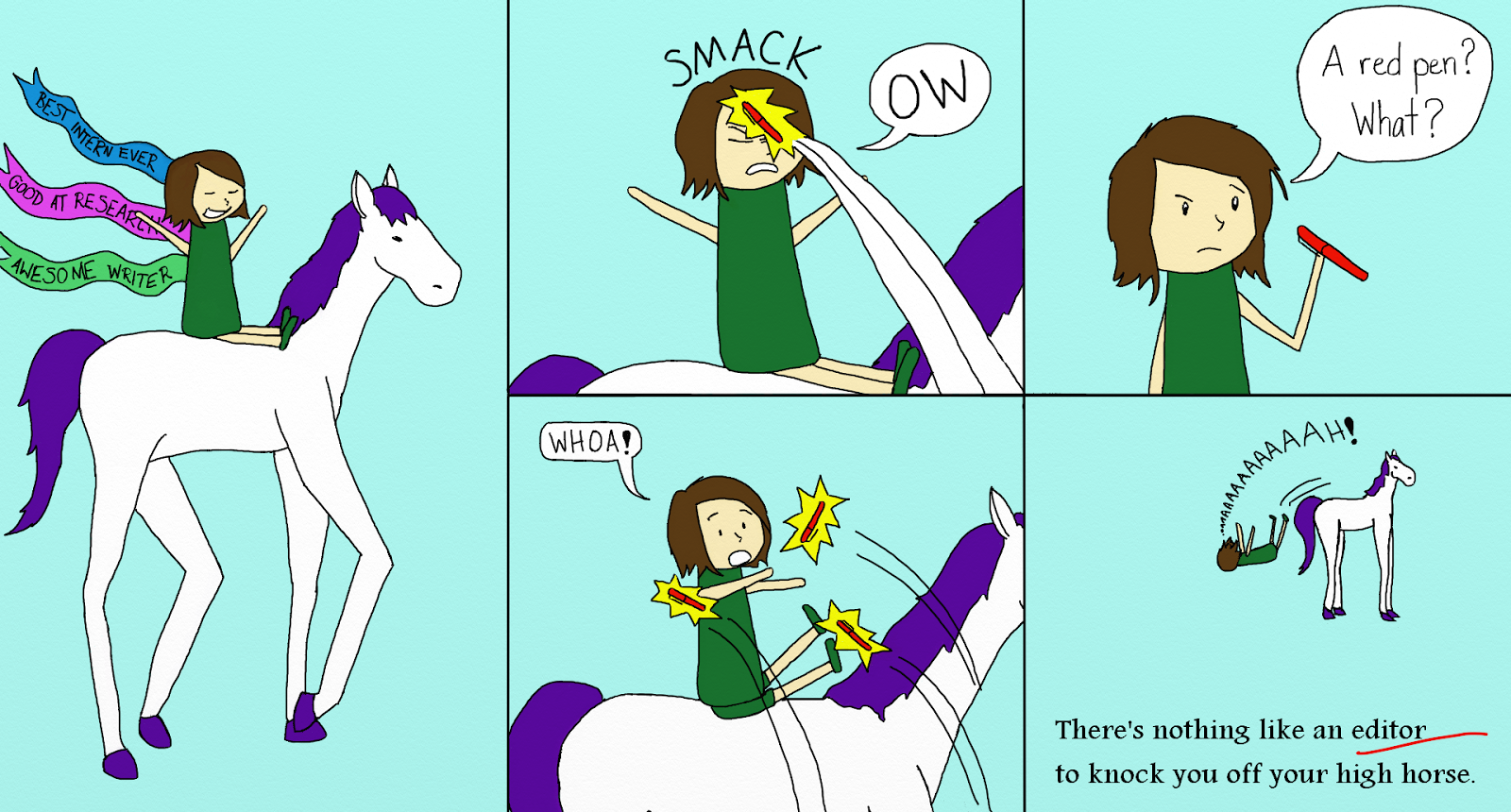 For the past two weeks, I've been writing blurbs about private high schools for the magazine. After one week of writing blurbs, I arrived at the office to find a stack of edits and comments that somebody in the editorial department made on them.

I won't lie; I grumbled a bit as I looked at all that red ink. But the fact was that I had written the blurbs as a creative writer and hadn't adhered to the proper newsy style of writing. The edits were a much-needed reminder that I am not, in fact, all that and a bag of chips and that I have a lot to learn. They did teach me something, though, and for that I am very grateful.

I'd like to give a big round of applause to everyone in the editorial department who puts up with me, my creative tendencies, and my various shenanigans twice a week. Thanks, you guys. You're awesome.

(I hope you don't mind that I used an Oxford comma just now.)

In other news... here's that comic strip I've been promising you for a few days now! I spent four nights working on this: one to do the sketch and layout, one to ink and color the big first panel, and then two panels per night for the next two nights (and I skipped a night or two in between). I did it entirely on my Bamboo tablet and I'm extremely proud of it. It may not look like much, but GUYS.... I put some serious effort into this one.

Like, I had to figure out how to draw a horse and everything. Horses aren't super easy to draw. Especially when they're anatomically incorrect. I nicknamed the high horse "Spaghetti Legs."

Just for fun, here's the sketch layer that I made the first night and occasionally altered very slightly: 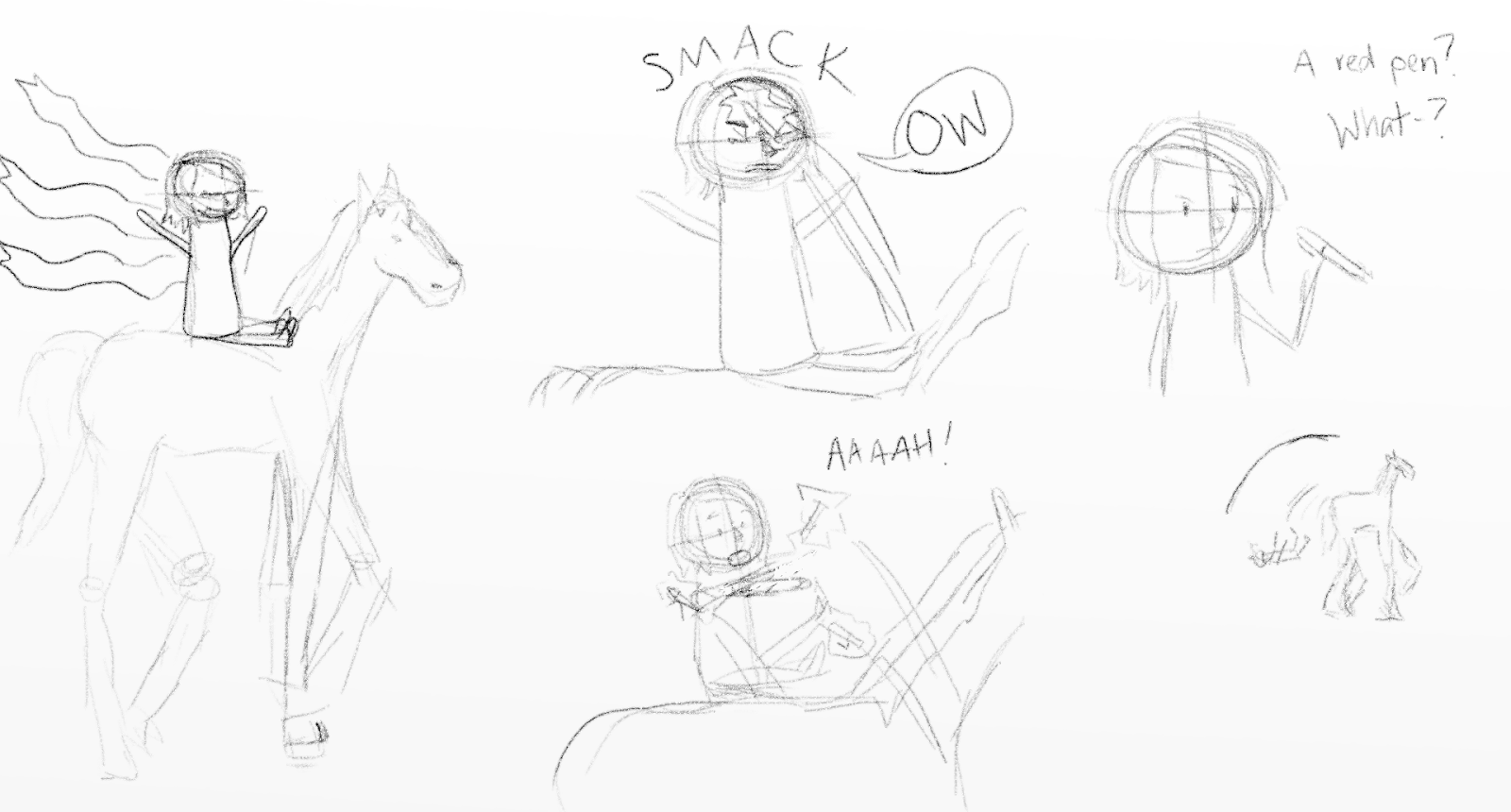