The Result of Technical Difficulty

Just to clarify my frustration last night, this is kind of what I was going for with my advertisement: 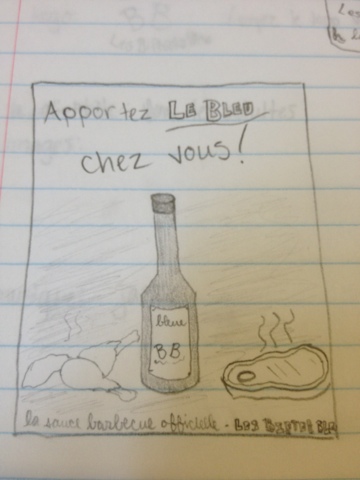 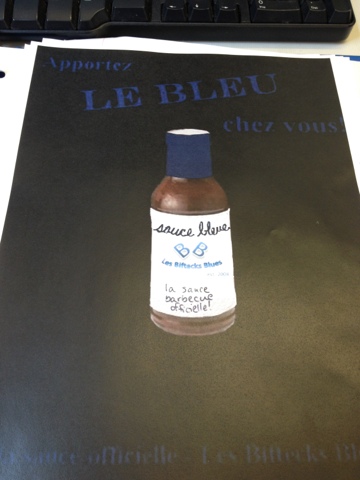 Bleeeaaurghhh. I was so frustrated with trying to get the bottle of barbecue sauce to look the way I wanted it to that I totally didn't realize how hard it is to read the text. And sadly, the bottle still doesn't look the way I want it to. I gave up trying to stick in pictures of delectable meat. It just wasn't working. At all.

If I can find the time before the final draft is due, I might try to snag a computer at the library that has Adobe InDesign. Maybe I'll have better luck with my photo editing and stuff that way. And I think I'll try to print it out with my own printer, because I suspect my printer will do a better job and I won't have to pay fifteen cents a page for it.

* Les Biftecks Bleus logo originally designed by Jordan Cooper, my partner in this project who is probably having better luck with it than I am
Posted by Rebecca Mast at 12:12 PM