Weekend Excursion (For Real This Time)

Last Saturday I went on an all-day excursion to Mont Saint-Michel and Saint-Malo.

Here's a map of my travels so far in France: 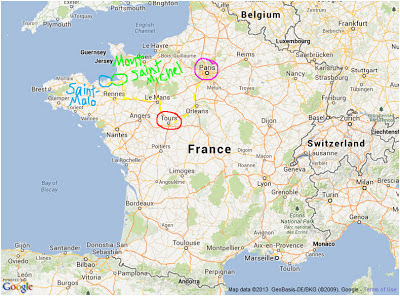 As you can see, I started out in Paris and then took a bus to Tours, where I'll be living for a while. This weekend I went to the locations marked in green and blue (markings are approximate, not exact).

Mont Saint-Michel is a huge bump out in the middle of nowhere. 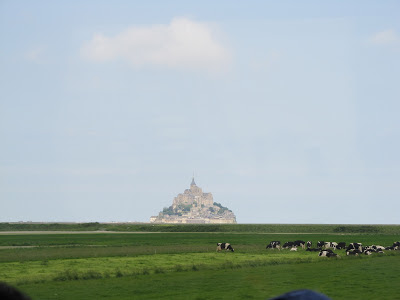 The main feature is a monastery, but there are other people who work and live there, too. There's one road and only one road, and there are no cars. 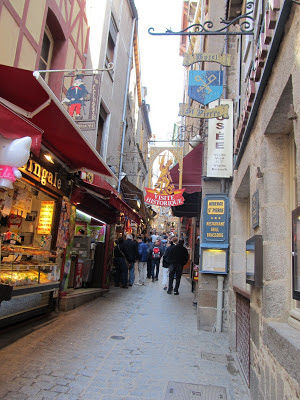 The monastery is really pretty. 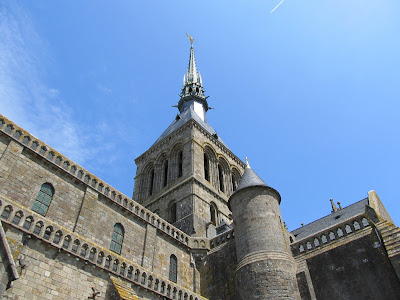 You can see pretty far from up on the top of the mountain. Watch out for the quicksand. No, really. There's quicksand. 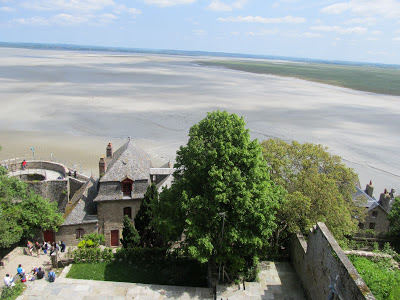 Of course the inside is pretty as well. 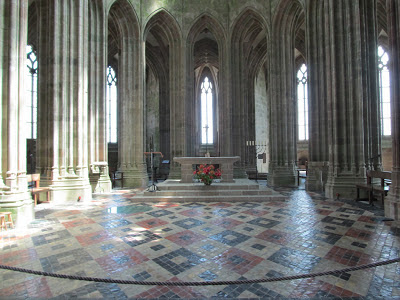 We saw a man propose to his fiancee in here: 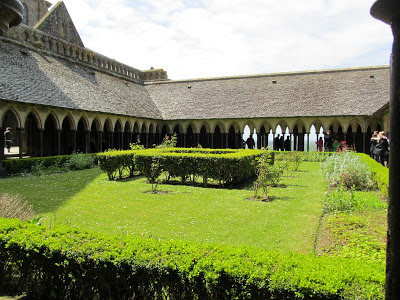 And there were plenty of opportunities for artistic photos. 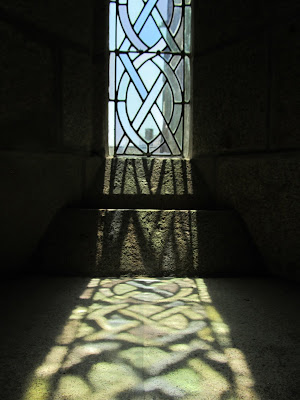 I look adventurous in this photo. 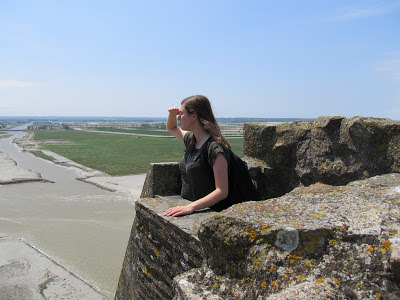 Sometimes the French are not creative... 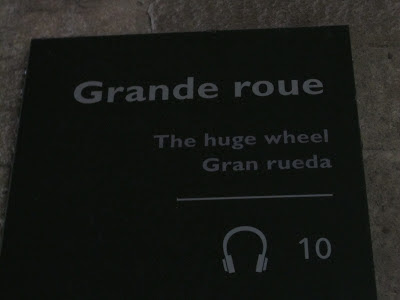 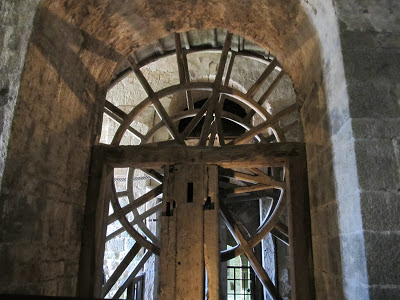 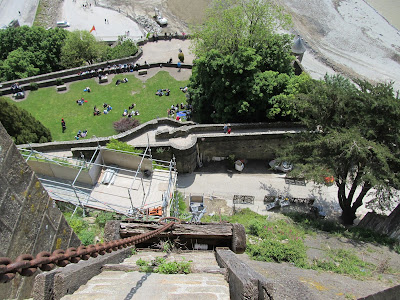 This angel is kicking butt. 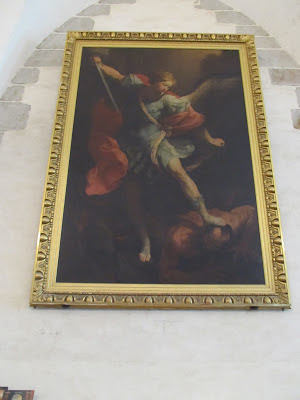 It was extremely windy and I couldn't keep my hair out of my face. I got creative with my scarf. 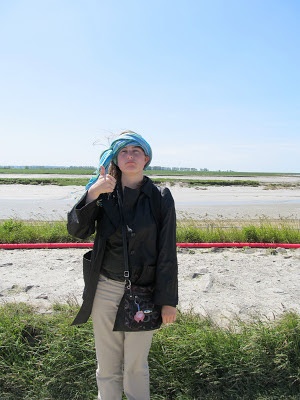 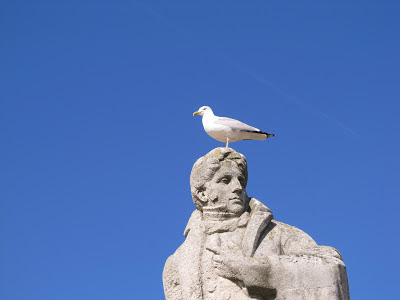 A view of the city's walls and ramparts: 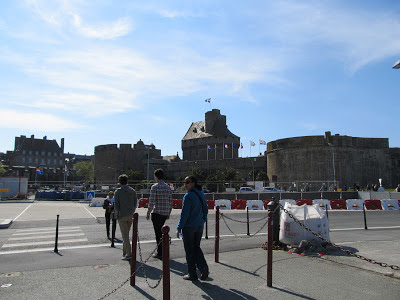 The beach! It was nowhere near warm enough to swim, but we could walk barefoot on the beach without freezing to death. 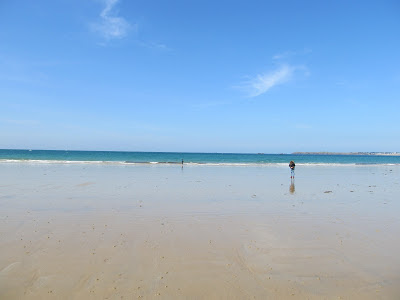 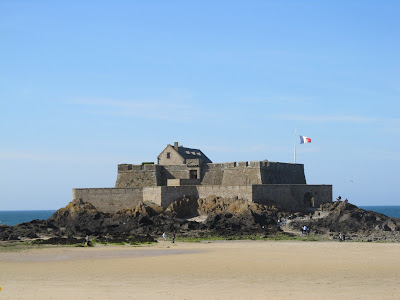 There's me without my shoes. 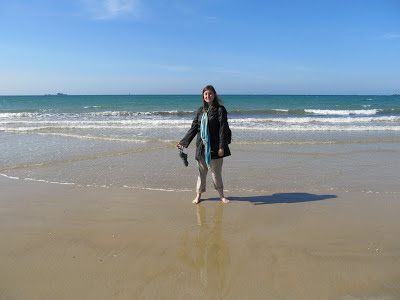 And there's me being adventurous again. 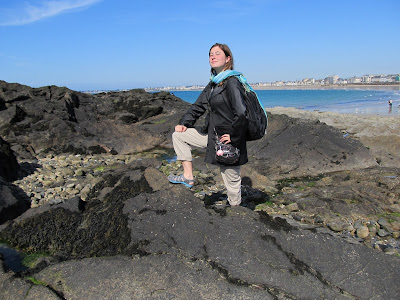 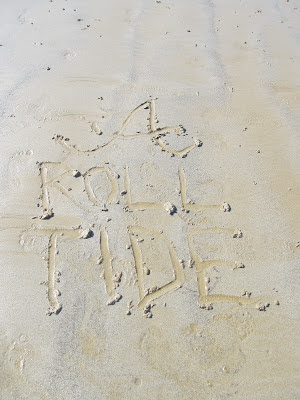 A view from up on the walls. 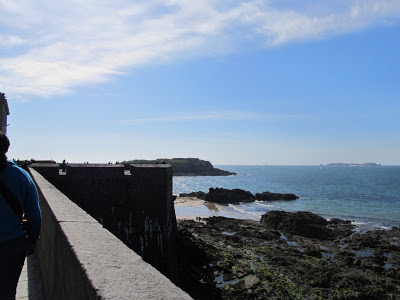 Some people going out to the island. I hope they got back before the tide came in... 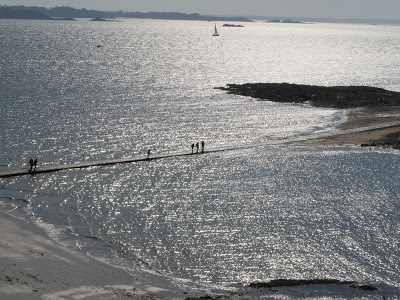 This statue was kinda cool. 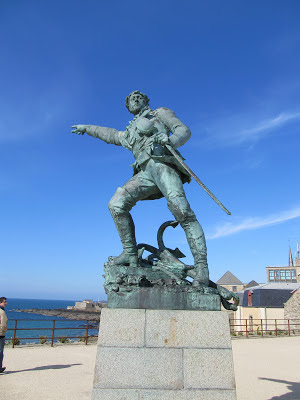 And there's my weekend excursion in a nutshell!
Posted by Rebecca Mast at 3:08 PM