Dreamlocked Page 2: Before and After

In fact, I almost don't have time to write this blog post, but I thought I might as well take a short, short, short break while switching gears. After this, I gotta study Shakespeare. That final's tomorrow morning- yikes!

Unfortunately, my first draft of the second page was unsalvageable. I had to start over again from the beginning. It was kind of nice that I didn't have to think about the layout- I put all the panels where they were originally, except for the new margins and gutter space, although I did change a few things. Sometimes the changes were necessary in order to fit the new panel sizes better, and sometimes I just tried to save myself some time by not drawing an extra person or an entire new body. Unfortunately, time is short, and I can't afford to make each panel a masterpiece.

But here are the two pages, the before and after.  You're really gonna have to squint to see the first one because it's only in pencil and I don't have time to darken it right now, but I think you can see the important stuff pretty easily. Enjoy! 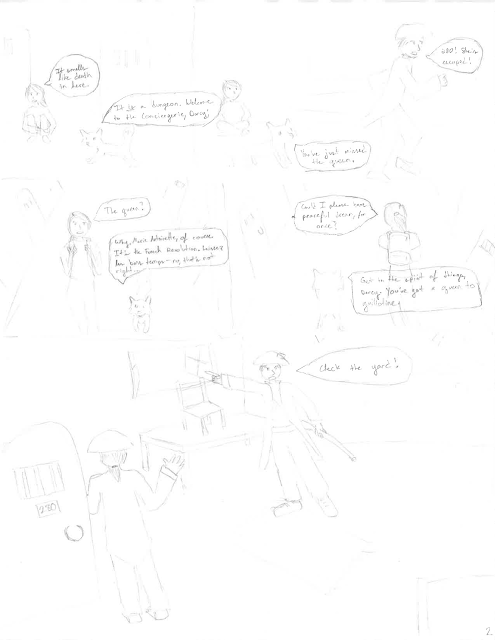 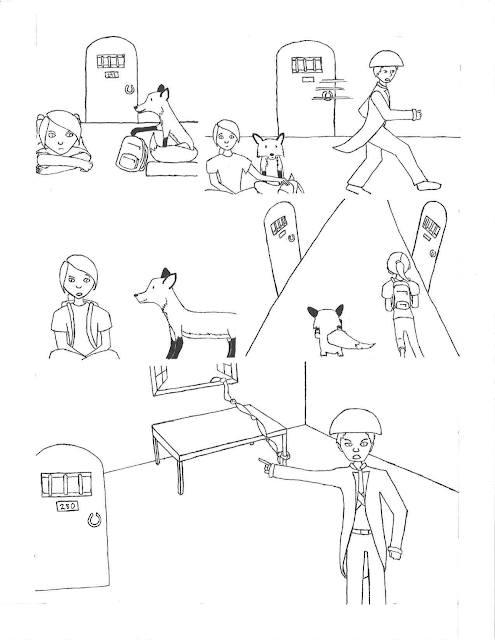