Hey, y'all! Guess what- I'm alive! And to make up for my prolonged radio silence, I've got two new pages of my graphic novel project to show you.

A lot of things went wrong with the inking on these two pages. Shaky hands, globby ink, pens that wouldn't work on downstrokes, tracing the wrong lines, smudged ink, failed attempts to draw people in profile, attempts to be artistic that just looked dumb...

Like I said, just pretend it's really pretty! It looked really, really awesome before I inked it, I promise. All things considered, the art doesn't look too bad. 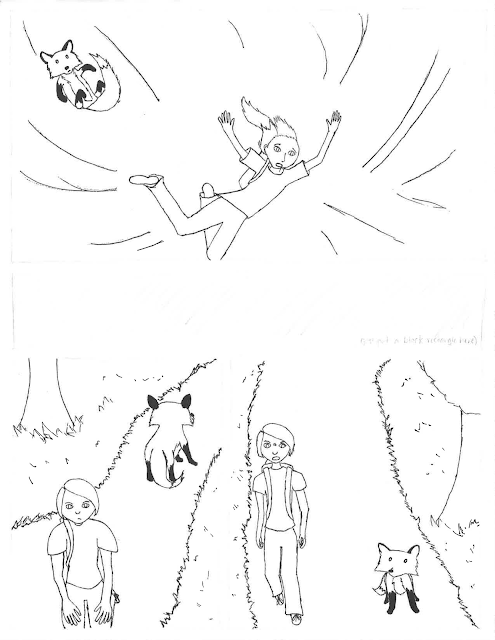 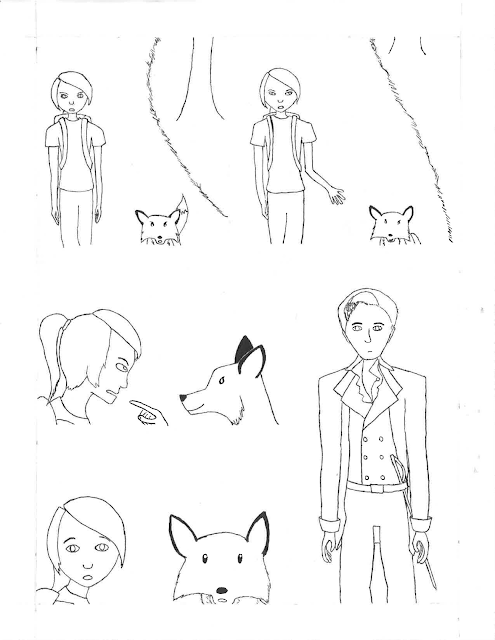 The new character who appears in the bottom-right panel is the Scarlet Pimpernel, a character from Baroness Orczy's novel of the same name. I based his design off of Douglas Sills' portrayal of the character in the 1997 musical based on the book.

I just noticed that the backgrounds got much less detailed on the second page. Whoops!

My partner was having to crop the panels in order to make them fit on the page in InDesign, so I started using roughly the same margins she does. Margins are important.

Yeah, in the middle of the uppermost page, I drew a rectangle and wrote "just put a black rectangle here." Because... come on. Much more easily done on a computer.

Hope you enjoyed! I made the awful realization today that this week is Dead Week and finals start next week. Actually, my finals start on Thursday because my French final is split over two days. I am still sort of freaking out about this realization. I'll try to keep posting (I mean, I'll definitely be working on this graphic novel project, so I ought to have something to show you every day), but if this post is followed by more radio silence, you'll know why.

Also, NaNoWriMo is over. I gave up on finishing my novel within the month, because November is just too busy a month for your average college student, but I do plan to finish it when I can. I really can't wait to get back to it. For now, I'll just celebrate breaking my record for number of words written! I'll get it next year!

And if not, I'll definitely get it the year after that, because then I'll be out of college and hopefully working at a grownup job and hopefully it won't have homework.

Oh, look! It appears I'm rambling again, as I often do on this blog. I had intended to end the post with the paragraph that started "Hope you enjoyed!" but then I just kept remembering things I wanted to tell you all. It's been a while since my last post, and I have things to share!

The reason I'm sitting here in the library writing this right now is that the fire alarm went off in my dorm about quarter past midnight and I decided that, if I was going to not be allowed to go to bed, I would try to get some work done. And I did. A little. I was going to get more work done, but then I decided I should write a blog post instead. It is this kind of reasoning that gets me behind on every single project I ever do.

Okay. Wrapping it up now. For real. Thanks for reading! Signing off.