Hi! So, yeah. I had a couple of nights when I just reeeeeally didn't feel like blogging. I was also doing some legitimate research for a writing project, so there's that. My apologies. I'm going to cover a lot of ground in very little time, because I have to get up and do stuff tomorrow. 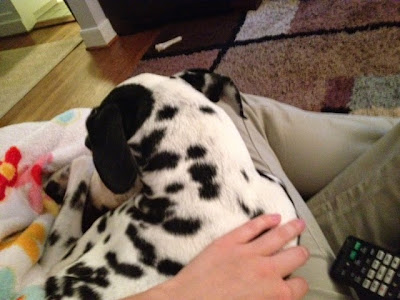 This dalmatian is my aunt's dog Fuego. I was responsible for watching him and his brother Shadow (see below) for almost two days while my aunt was out of town. Fuego and I became buddies. 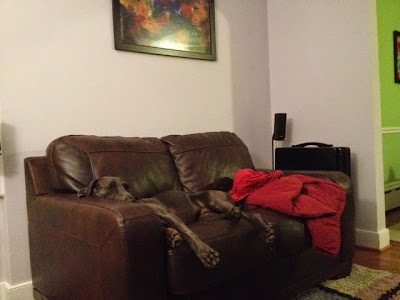 This Weimaraner is named Shadow, and he and I had a bit of a fight over who was the leader of the pack while my aunt was away. I had to turn to Cesar Millan for some advice, but I came out on top in the end and Shadow doesn't hate me. 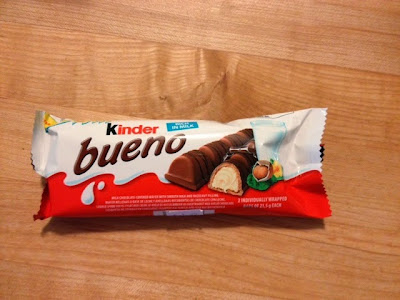 I used to get these out of the vending machine when I was studying in France. So why do I have one here in America? Well, when my aunt returned from her trip, she took me to this AMAZING candy store called For the Love of Chocolate. It. Has. EVERYTHING. I was seriously overwhelmed by the candy amazingness in that store. I could hardly decide what to buy. I decided that I would just have to go a couple times a week and sample something different every time. As long as I walk there, it'll be okay! 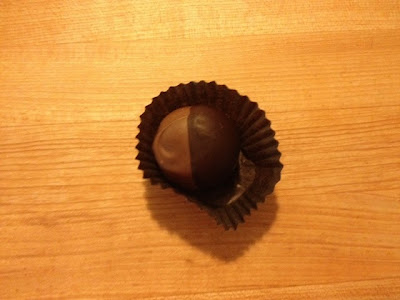 I also got this Irish creme truffle from the big truffle case. Mmmmm. So good. I might have to start a blog series about all the candy I get from For the Love of Chocolate.

As a side note, I also tried Thai food for what was either the first or second time in my life (I can't remember, but I think I might have eaten it once before). I got Pad Thai, and it was amazing both in the restaurant and in leftover form. We got veggie tempura as an appetizer and I loved that, too! Especially the asparagus. 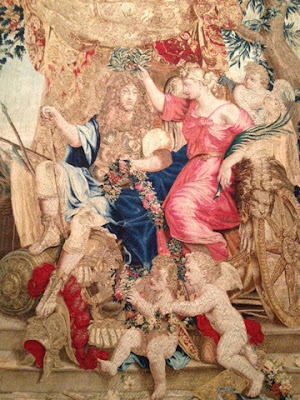 This is a tapestry of Louis XIV, my favorite French king (and a lot of other people's favorite French king, too) and it is located at the Virginia Museum of Fine Arts, where I chose to spend my Saturday afternoon. The museum was awesome! It was a lot bigger than I expected it to be. I wasn't expecting a whole heck of a lot because general admission is free, but I was blown away by the size of the museum and the variety of art on display. I mean, it's no Louvre, but what the heck else can be a Louvre? I had a great time, and since the admission is f-r-e-e-that-spells-free, I think I'll go back a few more times. I mean, if nothing else, they have a pretty cool art library that I'd like to poke around in. 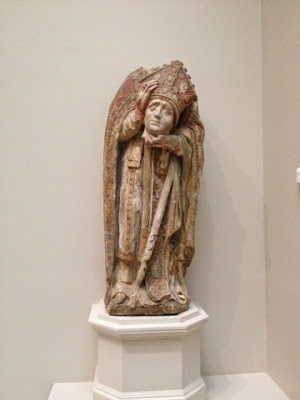 When I look at art exhibits, I don't just wander around, glance at a few things, and think, "Oh, that's pretty" or "Eh, I don't understand that." My mind has been trained to go much deeper than that over the course of my education in the English language and literature.

I scrutinize. I analyze. I read the information signs. I look at the art from a few different angles. And then I think, "Oh, that definitely represents the mindset of the time" or "I wonder if the hands are missing thanks to weather or people or what" or "Eh, I don't understand that."

Although it took me about 0.51 seconds to recognize that the figure in the photo above was Saint Denis of France. He's the only headless saint I know of (The guy supposedly was beheaded and then picked his head up and walked away with it), so that was a pretty easy one. 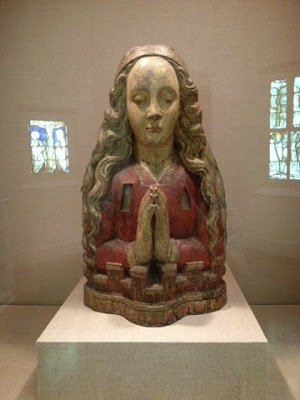 I had no idea who this was from looking at it, but the sign told me that it's Saint Barbara- who, as far as I know, having a father who was in the military most of my life, is the patron saint of things that go boom. Which is pretty cool. 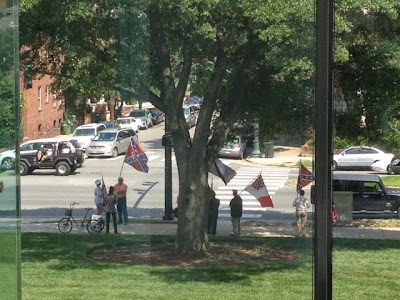 Virginia folks, I don't wanna hear anything about Alabama people being rednecks. These are some crazy Confederate protesters I saw through the museum windows. They're apparently there pretty often. EVERYBODY'S GOT SOME REDNECKS.

Okay, okay, it's not really politically correct of me to call people who wave the Confederate flag rednecks. What I should really say is that I disagree with just about everything they're fighting for under the stars and bars.

(I had written out some specific reasons for my disagreement with Confederate flag-wavers, but with each reason, I had opened up a big ol' can of worms that I realized could cause me some problems. So... playing it safe. On with the show.) 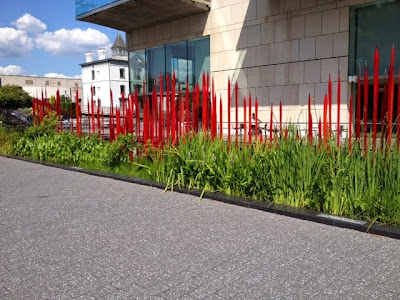 This garden display outside the museum reminded me of something I saw in France.

As I mentioned briefly before, I'm currently researching names for a story/thing I'm trying to write. That's taken up some of my free time over the past two-ish days. The names are for a fantasy world, but I'm struggling to come up with the right names. After doing some research about mythology and fairy tales and stuff, I began browsing through Ancient Scandinavian names and started coming up with some results. I'm going to check out Old English and possibly some Russian names, too, and I'm definitely going to raid some roleplaying websites for ideas.

I also reached out to my Facebook friends about the rules of making up names. I mean, I feel so stupid stringing together a bunch of letters that don't make a real name, but you've seen the fantasy and sci-fi names we have in our culture: Legolas, Frodo, Gandalf, Obi-Wan Kenobi, Han Solo, Darth Vader, Voldemort, Aslan, and so on. We don't question those names (or at least we don't question them much). We just take them as part of the fantastical world into which we are delving when we read a book or watch a movie. But somebody had to sit down before that book or movie came to life and string a bunch of letters together to make up new, weird names.

My question is- how do they do that? How do they make names that sound foreign and fantastical but don't sound completely stupid? Do they research and combine words from old languages together? Or do they seriously just put a bunch of syllables together until they find goofy names that they like?

I don't know. I'm trying to figure it out, though.

And now I really gotta go to bed, because I have a little roadtrip tomorrow to meet an old friend for lunch. Later, gators!
Posted by Rebecca Mast at 12:42 AM