Today I didn't do much of interest to the general public. I mean, it was a really nice day for me. I slept in late, watched some stuff on YouTube, went on a walk around Carytown, went to Kroger, and ate an entire pint of Ben & Jerry's Phish Food. But that's probably not as interesting to you as it is to me.

So instead of just talking about what I did today (I mean, more than I already have), I decided I would draw a little something for you. And that little something's name is Rich Boy. 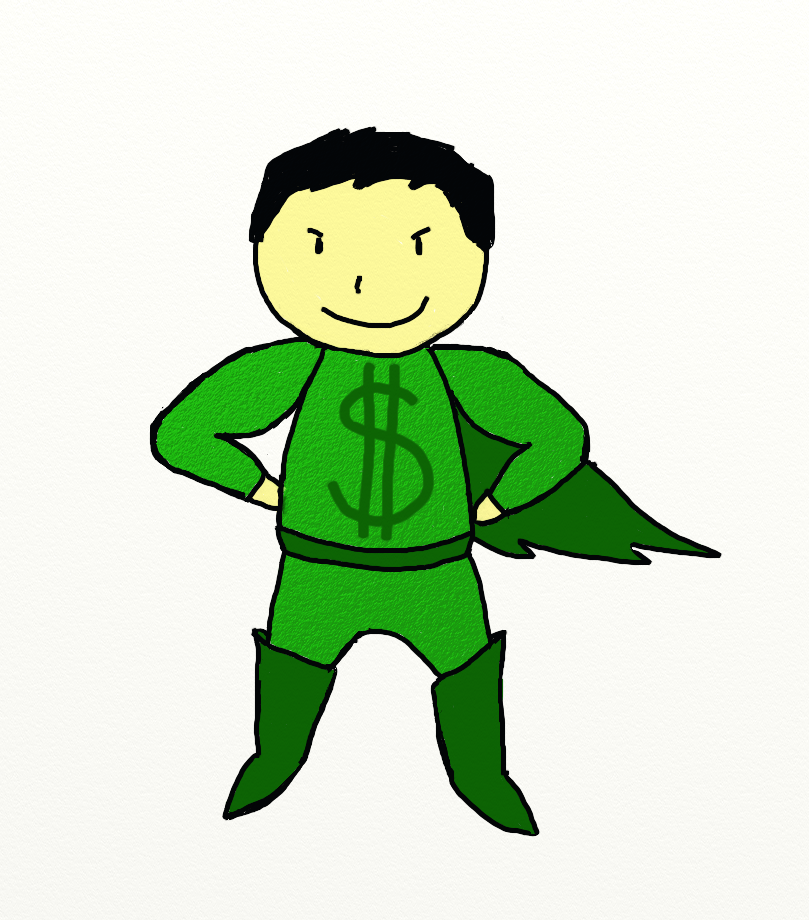 A couple of posts ago, I talked about how I felt kind of like Lois Lane at my internship and I chuckled over the idea of a Richmond superhero being my boyfriend. I derived the name Rich Boy from the name of the city of Richmond and it just stuck in my head as an awesome name for a comical superhero.

Behold! Rich Boy! Able to fill in a pothole in under sixty seconds! Rescuer of tourists about to turn the wrong way on a one-way road! Defender of drunken college students trying to stumble home in the dark!

He keeps watch over the city by his position at a Richmond magazine (none of the newspapers would hire him) so that he knows exactly when trouble is happening (and he is also very well informed on the cutting-edge programs at high schools and colleges in the commonwealth of Virginia).

He loves lobster! He may or may not actually be rich!